3 Reasons You Should Look at Your Screens Less - Senstone

3 Reasons You Should Look at Your Screens Less

During his New York Times interview, Steve Jobs was asked whether his kids loved the iPad. He said “They haven’t used it. We limit how much technology our kids use at home.”

When we were children, our parents would forbid us to watch too much TV too because “it will make your eyes go square.” Research shows that there’s less and less TVs in people’s lives, however the “screen-time” is only getting longer thanks to your phone, your watch, your car, or even the outdoor advertising. We see screens even when don’t really want to, so the abundance of pixels leaves us wondering: is all of this even healthy? According to the scientists, not really.

Screens can shrink your brain

Your brain consists of grey and white matter – the stuff that makes up the folds, and the stuff that transmits signals between neurons. According to Psychology Today, too much time in front of the screen is associated with structural and functional changes in the parts of your brain responsible for executive attention, decision making and cognitive control. The gray matter basically shrinks down, and the white matter loses a good chunk of its ability to communicate.

Your eyes and body get tired

We might laugh at our parents, as our eyes didn’t exactly turn square. But what’s true is that the constant exposure to the screen candamage your retina, and the amount of cases of digital eye strain and computer vision syndrome has increased drastically. Symptoms include dry eyes, blurred vision, red or pink eyes, burning, light sensitivity, and headaches. And because of the weight of your head and the angle at which it’s typically held when you look down at a phone or tablet, your neck muscles are supporting the equivalent of 27 kg, which can cause chronic neck and back pain.

You lose the ability to process emotions

A study in the Computers in Human Behavior journal found that sixth-graders who went five days without screens were significantly better at reading human emotions than kids who had regular access to phones and computers. The results for adults aren’t here yet, but it doesn’t mean the early adopters won’t have to deal with the same problem.

But what would happen, if we reduced our screen time?

Apparently, people who tried looking at their screens as little as possible in their daily life have noticed the improvement in their sleep quality, became less anxious and stressed, and felt more focused and cheerful. Amy Blankson, a happiness researcher (yes, that’s a thing) believes that checking email only 3 times a day reduces stress by as much as 25%. And Tanya Smith of Trilby Retreat states that after some time on a so-called “digital detox,” she felt more creative, communicative, and way less distracted.

So what’s the solution, especially if working at the screen is what brings home the bacon?

Start small: pay attention to your posture and stand up when you can. Keep the screen-devices out of the bedroom, let your eyes and body rest. And when possible, try to use screens as little as possible. Your health is more valuable than any notification, email, or post. 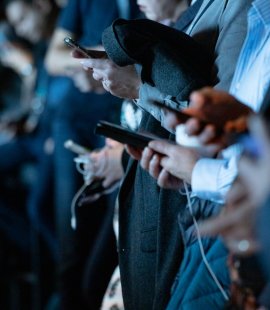 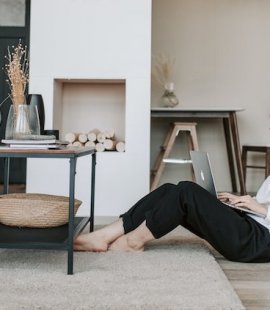 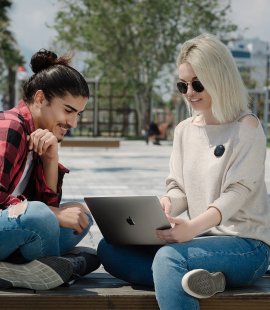