How a Wearable Voice Recorder Can Help You Focus - Senstone
Productivity

How a Wearable Voice Recorder Can Help You Focus

A wearable voice recorder is not just a tool. In many ways, it is different not only from a conventional voice recording device but also from smartphones and tablets – and we are not talking about physical appearance or even specific functions here. What we mean is the world of difference between a device that demands your attention and one that saves you time.

Every piece of technology takes some getting used to, and after we buy a voice recorder there is always the brief period when we have to double-check if we pressed the right button. However, pretty soon the process becomes automatic and we no longer register it as a sequence of multiple steps. As our minds tend to do with all day-to-day rituals, we perceive it as a single action and take the distraction very matter-of-factly.

In reality, we spend too much time going through the motions which can be streamlined, and they add up to hours of wasted focus, interruption upon interruption.

It comes as no surprise the state of flow, or deep focus, is such a rare beast these days. You might say voice recording is supposed to break our concentration, that there is no way to make it a part of the flow – but Senstone proves the opposite true.

It takes less than one second to fire up a wearable voice recorder – all without taking your eyes away from the task at hand.

It takes anywhere from 9 to 40 seconds to start the audio recording app on your phone, and it might take even more if you are not sure where you put the phone to begin with. Looking for your phone or recorder, switching it on and/or entering the password, looking for the app, pressing the buttons, recording, then pressing more buttons, putting away the phone… And on, and on, all over again. This does not work for people who would like to remain focused for exactly as long as they need it – and the efforts to make it work are futile.

Since recording with Senstone is very much like speaking aloud and all entries are safely stored to be accessed later, Senstone might be a suitable assistant even for those who attempt the so-called ‘digital detox’ or practise mindfulness. Usually when you opt for using a digital recorder, you agree to more screen time and exposure to media, but this is not the case with Senstone at all.

We believe Senstone is a step in the right direction not only for voice recorders, but for devices in general.

Right now when we seek entertainment and distraction, we know our tech is here to provide what we want. But long attention span and intense concentration is rarely associated with technology – and this has to change. We do not face a quandary or an “either – or” case here; we do not have to sacrifice advantages. All we need is a different perspective, and Senstone makes it reality. 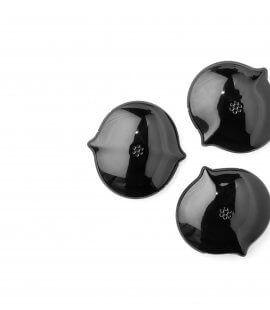