It’s all over the Internet these days: Neuralink, voice assistants, voice interface, science fiction coming true. The idea that gets everyone so excited is human-computer communication. The prospect of making it fast and organic.

Although it’s a bit early to say, there seem to be two main approaches to the problem of interaction with the machine. The first approach advocates brain-computer interface. If you’re thinking brain implants, this is exactly what it’s all about. The second approach favors literal communication, with algorithms making sense of human speech and “understanding” the context.

What Are We Dealing With?

First of all, let’s see how much these two types of technology already affect consumers around the world. As of 2022, voice technology is getting increasingly common. The reason for this is simple: mobile devices. They are everywhere!

Pretty much every single smartphone supports voice search, translation, or typing, all convenient and ever-improving tools. Besides, you can relegate the heavy lifting to a cloud server somewhere in Sweden, Canada, or Japan, and turn even the cheapest of phones into a real powerhouse.

As for brain-computer interface, currently the most famous example of the technology would be Neuralink. According to the description on the official website, Neuralink is “the first neural implant that will let you control a computer or mobile device anywhere you go.” Although not available for purchase just yet, it is slated to enter the market by the end of 2022.

Unsurprisingly, Neuralink has competition. Multiple companies try to achieve the same goal: brain-computer interface, no holds barred. The few products that have been launched, however, are not suitable for large audiences as they do not actually allow you to “control a computer”. Most of them are intended for people with paralysis.

Racing For the Future

Between Neuralink and voice interface, which one is going to come out on top? Spoiler: both.

The fact that you need to undergo a surgery to use Neuralink is going to be a deterrent to many. In the near future, until the technology is perfected, we shouldn’t expect a brain implant craze. However, Neuralink can make the public more accepting of the brain-computer interface and create new opportunities.

Voice technology, on the other hand, is less flashy but more flexible. Pretty much any device can be fitted with voice recognition. It comes cheaper, too. The disadvantage would be, of course, you having to talk out loud to use voice tech.

Our prediction? Neuralink and voice technology are going to perfectly complement each other. There is no life-or-death competition here.

It’s on the Neuralink official website: “The initial goal of our technology will be to help people with paralysis to regain independence through the control of computers and mobile devices. Our devices are designed to give people the ability to communicate more easily via text or speech synthesis, to follow their curiosity on the web, or to express their creativity through photography, art, or writing apps.

What happens next? It’s hard to say. We’ll wait until Neuralink launches worldwide and see. One thing you can rely on: there is no stopping invention.

This article was brought to you by Senstone. 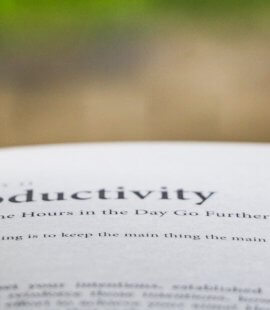 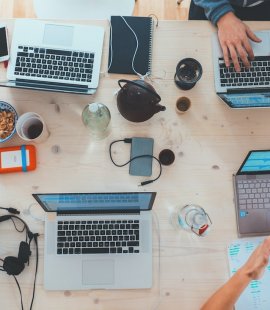 Digital Minimalism: The Future of Work 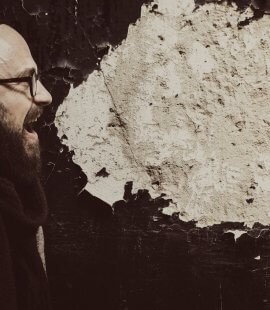