With more and more people getting vaccinated – 37% of the world population is no joke, – restrictions are lifting, yet we exist in a strange limbo. Some offices are open three days a week, others are back to normal, and some are fully remote.

Although there is hope and an expectation that businesses will return to their pre-pandemic operations, this will perhaps not happen soon enough.

While many jobs cannot be remote – hotel management, care-taking, delivery, home repair and airport management, to name a few, there are just as many jobs that benefit from a remote or hybrid work model that profit employer and employee – jobs in digital, e-commerce, engineering, education, entertainment, and more.

With remote work, small and midsize businesses can be productive in the new normal, sometimes even more so than before the pandemic. This mutual benefit is not something that one lets go of easily.

Renting an office, arranging for the equipment, looking for talent in your area… Should I continue? Sometimes it’s cheaper to hire a guy from another continent, sitting in his flat, with his own computer and all the skills you need.

For many, remote work can be the only way to cross above the average salary. With long-term remote-work environments encouraged by the market, people from developing countries and isolated areas have a better chance at higher income.

As absurd as it sounds, managing activities remotely is often more effective than doing it in person. Sharing to-do lists you know your co-workers can see has done wonders to the general productivity.

4. Use time zones to your advantage.

International companies can effectively work 24/7 by recruiting based on the location of the employee. Customer service is the most obvious winner in this respect.

5. Capitalize on the change in public perception.

The pandemic normalized reaching out to professionals from across the globe. For service providers, it’s an excellent opportunity to expand the client base. For consumers, it means more options.

6. The structure is already in place.

Covid-19 forced businesses into adopting new tools, and by now, they are commonplace. No extra effort is needed to invite a remote worker to the team.

END_OF_DOCUMENT_TOKEN_TO_BE_REPLACED 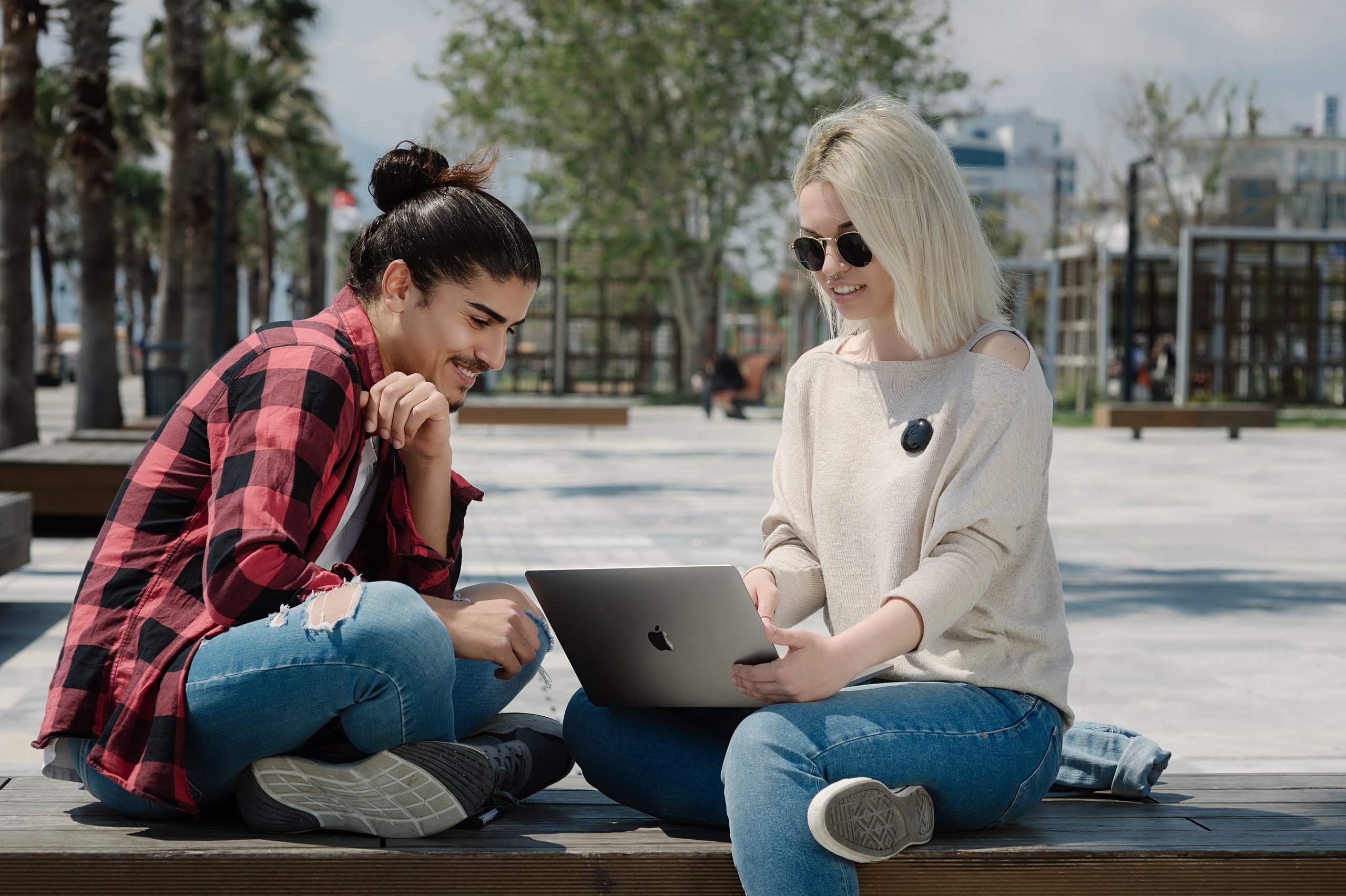 Scripter is a wearable voice recorder, and dopamine is a neural transmitter. The two are related in more ways than you think.

How to trick your brain using Scripter? How does it work?

What is the dopamine cycle, and why does it need breaking? Why do so many people these days talk about it? Read on and find out. 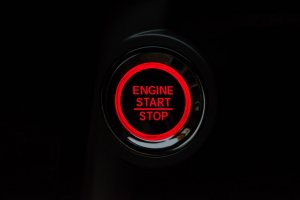 Dopamine is an organic chemical released by the neurons in our brain. Being a neurotransmitter, it transmits all kinds of signals. In popular culture, dopamine is sometimes known as the “pleasure hormone”, but it’s a very simplistic view.

It would be much more fitting to call dopamine the motivation chemical.

Dopamine is released into your system when you anticipate an enjoyable event.

The event does not have to be anything major. Pressing a button to see a video game character shoot a blaster at aliens is just as good as witnessing your favorite team win the championship. In fact, it’s more pleasurable due to the simple reality of it being quick and easy to achieve.

This is where it gets dangerous.

Dopamine cycle is a pleasure-withdrawal loop you can develop by having too much of a good thing. Momentary pleasure increases your dopamine, which then drops, and you start craving the same activity that had caused the release of the chemical. This way, your brain encourages you to stick to the tasks you find satisfying.

And so you do it again.

If this sounds like an addiction to you, then you are correct. A perfectly normal neurotransmitter can go haywire and make you associate certain things with pleasure – if you let it.

The most common “addiction” caused by the dopamine cycle?

The intense pull to chase instant gratification brought to you by yet another view, yet another repost, yet another animation played in front of your eyes.

The habit is stupidly simple to reinforce, so it’s no wonder the internet is the top procrastination spot and entertainment source for most people in 2021.

The good news is that experiencing the information-fueled dopamine cycle does not mean you should toss your phone out of the window and go live under a rock. The cycle can be broken, provided you create the distraction-free environment to “detox” from the stream of feel-good stimuli.

This is where Scripter makes its entrance.

A wearable recorder with no screen to speak of and a single button, Scripter can help you with the successful dopamine detox in several ways.

As a productivity and mindfulness tool, Scripter is designed to help you reinforce only the good habits.

Scripter encourages you to take notes anytime, anywhere. Create short memos and to-do lists – or record whole chapters of your newest book. Use it as a digital diary to preserve your happiest memories – or log your business meetings whenever you like.

If you want to learn more about Scripter, visit its page on our website. You can also go read more blogs like this one, or check out our Facebook page. If you have any further questions regarding products by Senstone, please do not hesitate to drop us a line at team@senstone.io. 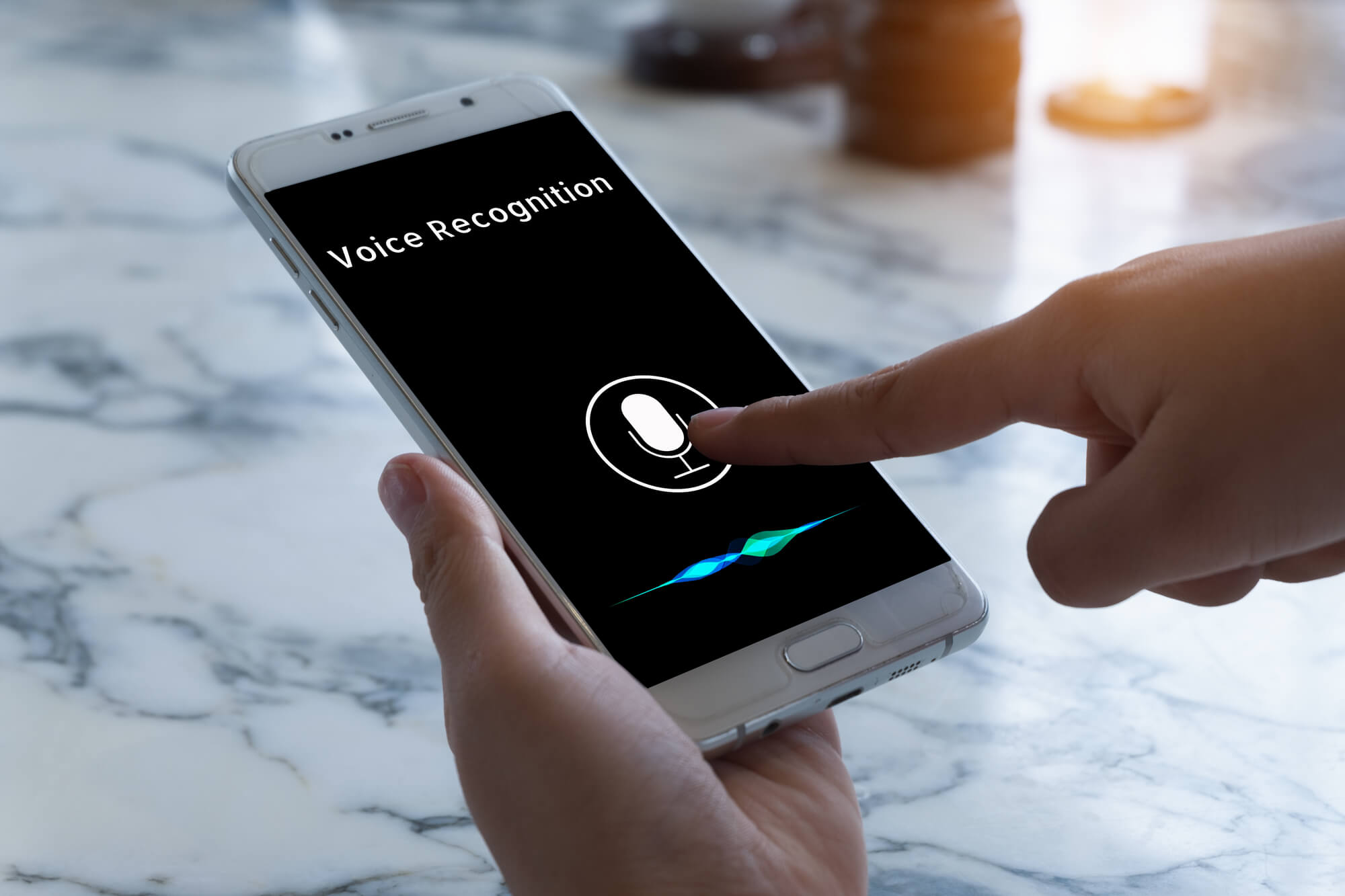 Scripter, the new wearable by Senstone, can record audio and transcribe voice into text without you ever needing to reach for the smartphone. 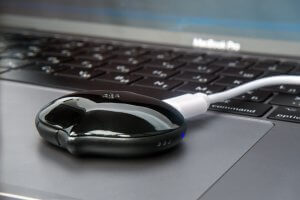 Let’s face it, we are bound to our phones and even though most people agree it’s a bad thing, there’s nothing we can do about it; or is there?

In the world of screens, updates, and notifications, Scripter is a huge step toward freedom. Where any other device would demand you to tweak a setting or switch to a different mode, Scripter does its best to remain invisible – right up until the moment you want to capture a stray thought; and then you simply tap the only button it has without looking.

This is nothing like my iPhone. While I may be carrying a technological miracle in my pocket, it cannot shrink to the size of a button and make it so I don’t have to get distracted.

So You Want To Take A Note…

This right here is why Scripter is so good at what it does. Designed for the task of recording and managing notes, this tiny digital secretary doesn’t try to be a jack of all trades, which makes it miles more efficient than the alternative. 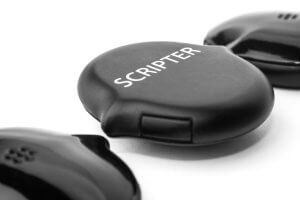 As of September 2021, Scripter is in the pre-launch phase, with the prototype ready and the Kickstarter page about to go live (click here to check it out). Senstone has an impeccable track record when it comes to delivering on the promises made during the ad campaign, and the streak is to go on; powerful and innovative, Scripter is set for success. It’s going to be exactly the helper a lot of people need in their busy, hectic lives.

Jason Clark. As a company working to revolutionize note-taking with our wearables, they are always happy to raise awareness about the future of voice technology. Visit the Blog for more articles, subscribe to the newsletter to receive updates about their products, features or drop them a line at team@senstone.io

The speech to text software has been changing the way we record information. Slowly, but surely, more and more people get used to the idea that the keyboard is not the be-all and end-all of typing.

But isn’t the whole voice input business just another a fad? And if it does stick around, should we expect the epic battle of two input methods? 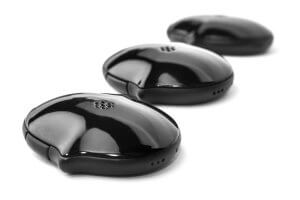 Every 1 in 4 adults in the United States uses voice to communicate with the machine. Siri, Alexa, and Google Assistant have become so common, nobody bats an eye when you ask the room to pull up some music. And if we take a look at the stats, it’s green across the board, with steady growth for voice tech and consumer awareness on the rise. All in less than 20 years! Surely this means the good ol’ keyboard is about to go the way of the dodo. 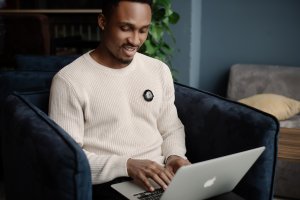 To see the truth behind things, sometimes you have to think small. One person. One friend group. One family. One business. Numbers point you in the right direction, but with little context they can be misleading.

While we are starting to entrust more and more to voice tech, it seems like the average user sees a very specific set of tasks where it’s useful on the daily – and where it surpasses the keyboard.

If we think even smaller, reading comments and product reviews, the reality seems to be that voice input and keyboard complement each other – at least for now. Of course, sometimes voice gadgets get ahead of the ‘traditional’ input methods. Case in point: Scripter, a wearable developed as a more powerful version of Senstone productivity voice assistant (you might have heard about it a couple of years ago when it took Kickstarter by storm; looks like the devs are going to take the crowdfunding approach again, this time with Scripter).

Another point in favor of voice is that it’s bringing technology to places where it used to be impossible or dangerous, such as taking notes while driving – which has become perfectly safe, because in 2021 the driver doesn’t have to look away from the road to jot down a memo.

A couple of months ago, one of our friends asked the innovation-savvy crowd over at Quora,

“What technology will eventually replace the keyboard?

The answers we received illustrate our point pretty well. While the majority agrees voice interface will move the keyboard from its current pedestal, diversity and flexibility is in high demand. The more options for different tasks, the better.

“Voice recognition and dictation will primarily replace the keyboard, but editing and various shortcuts will still need a keyboard, either actual mechanical keys or software or projected and sensed, will still be needed. – Bradley Dichter

“It’s hopefully never going to be a total replacement – but in the kitchen you can be elbow deep in gunge and still set a timer and turn the radio volume down. – Andy White

“Voice isn’t out of place on mobile devices, but I don’t think we’ll see anything replacing keyboards on computers. – Stan Hanks

“With gadgets like personal assistants – Alexa, Siri, etc. all in the works and getting better and better every day, you would think that there would be no need for a keyboard anymore. Everything will be voice. That is good. – Julian Pereira

How do you see voice technology replacing the keyboard in your life? If you were given a perfect voice recognition software, would you stop using the keyboard on your phone? The questions that used to belong in science fiction are becoming relevant.